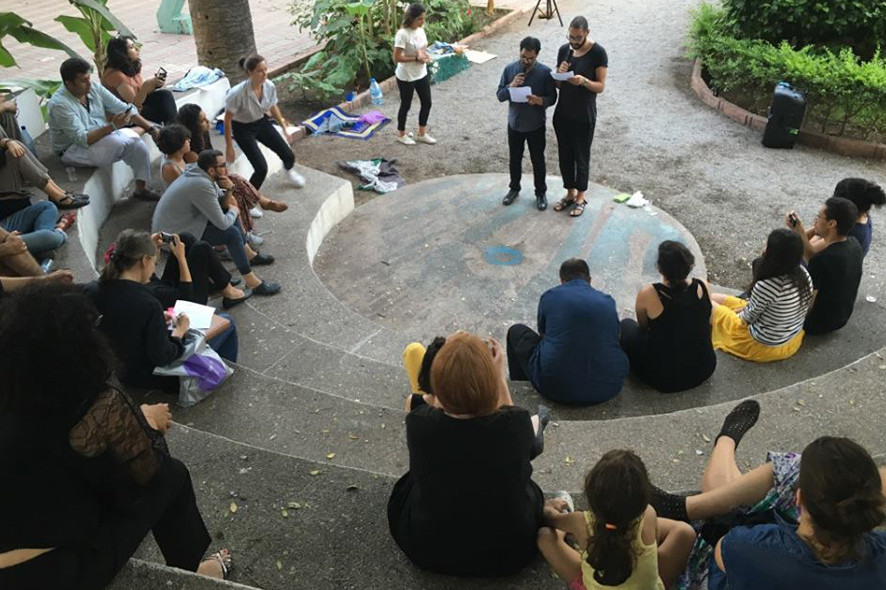 Between the 25th of September and the 10th of October 2017, within the MADRASSA programme, a series of training sessions and residencies of contemporary curatorial practices has taken place across the MENA region: Morocco, Algeria, Egypt and Jordan.

The Madrassa call for participation was launched in April 2017, the results were announced in May. Ten beneficiaries were selected: young independent curators, students, cultural managers and artists from the region.

Training sessions took place between the 25 and 29 of September at École Supérieure des Beaux Arts de Casablanca. These sessions included talks about collective memory, public space, collaboration in curation and gender roles in Culture and Art. The participants also visited many cultural spaces in Rabat such as ‘Le Cube’, ‘l’Appartement 22’, etc.

The Madrassa Residencies were implemented between 1 and 10 October, simultaneously in the Atelier de l’Observatoire in Casablanca, ARIA in Algiers, MASS in Alexandria and Spring Sessions in Jordan. The residents were mentored by curators and artist from the MENA region and Europe such as: Noura Al khasawneh and Victoria Dabdoub, from Spring Sessions, Lea Morin and Mohamad Farji, founders of Atelier de l’Observatoire, Berit Schuck, curator from Berlin and based in Alexandria, and the  Kurdish artist Ahmet Ogut founder of the Silent University – a knowledge exchange platform by refugees, asylum seekers and migrants.

The main aim of this programme is to render art more accessible to all. By promoting collaborative projects and transnational exchanges, Madrassa offers a platform for experimentation to the region’s emerging curatorial talents.