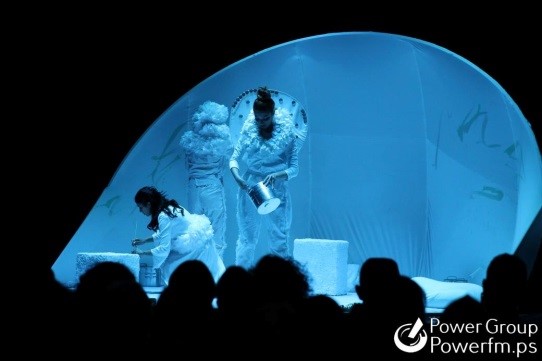 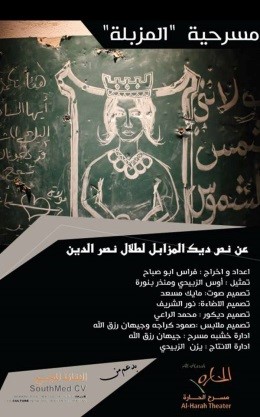 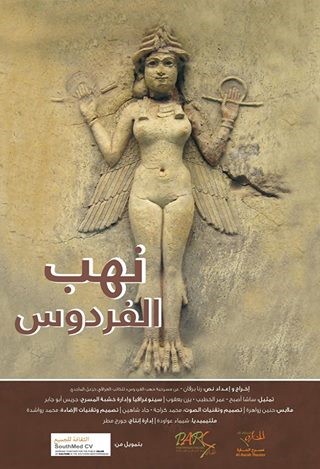 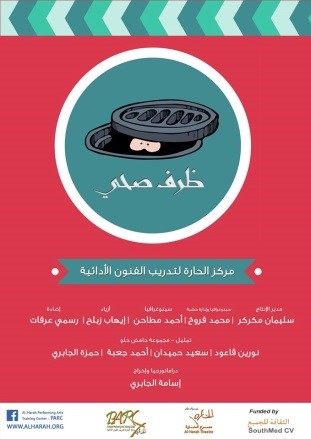 Go Pro is the graduation project of Al Harah Theatre´s Performing Arts Training Center (PARC), based in Beit Jala, West bank, where 25 students specializing in scenography, lighting, sound, costume design, stage management and cultural projects´ management  had the chance to produce 4 theatrical plays on their own, working side by side with amateur actors and directors. The 25 graduating students were divided into 4 groups; each group formed by students specialized in these different fields, to work on the creation and production of one theatre play each.

´´The Guaranteed Way to Remove Stains´´ is a play about the issues of women and society, about how to live with the past and the problems staining their lives. ´´Tharf Sehi´´ treats the matter of politics and segregation, setting up how people are manipulated into hate and discrimination. Another play that also treated political issues, and was a dark humor representation of the Palestinian and Arab political and social reality is ´´Waste Container´´ showing how each person can look at and deal with this reality differently. ´´The looting of Paradise´´ is the last play, and it is a reflection on how human beings, driven by greed and power, forget about their humanity and the world they live in and become monsters.

The students had to do everything on their own, from the buying of the material needed, to organizing and managing the rehearsals, having limited resources and time, but in the end after months of production and rehearsals, the 4 plays produced were finally presented in the graduation ceremony of the students in Dar Annadwa in Bethlehem on the 4th of June 2016, in the presence of the minister of culture. The students went through the learning process, developed their skills as well as their personalities and are now ready to work in the different professional fields of the performing arts. One of the productions, ´´Waste Container´´ (a theatre production simulating the Palestinian and Arab reality through dark humor), was chosen to be performed on August 22nd in the National Center for Culture and Art in Amman, Jordan.