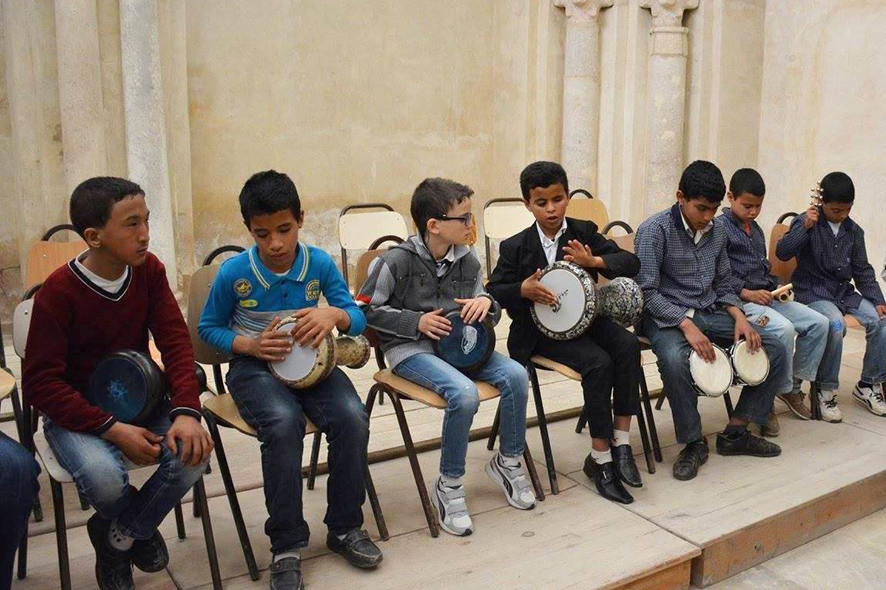 The project intents to provide a complete musical formation which combines many kinetic, cognitive and emotional sensory aspects in 4 different groups: percussion, singing, string-playing and keyboard-playing. The project will start after a working session with the school supervisors and institutors in order to present the project’s methodology and working plan. This programme will be accompanied with educational travels to other places where conservatories are located, attempting to integrate the child with impaired vision with others in Tunisian society.

A musical production will be presented at the end of the implementation period.

MADA is led by the Association Musicale ElOns, whose main aim is to build values such as citizenship, tolerance, freedom and democracy by implementing musical education programmes amongst young people; in cooperation with Ecole primaire des aveugles, a public school for blind students. Both institutions are based in Sousse, Tunisia.