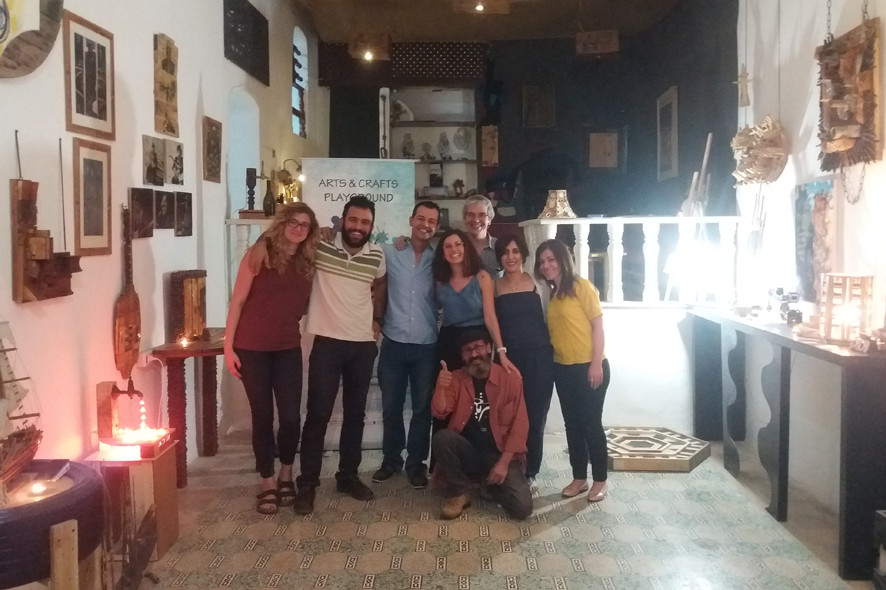 Between June 11th and 14th, SouthMed CV coordination team visited Amman, Jordan, where a meeting was held between Consortium leader Interarts and Jordanian Partner NCCA- National center of culture and Arts, to plan SouthMed CV’s final conference in the region that will take place beginning of December 2017 in Amman. The event will be attended by sub-grantees from both calls that will participate in different panels, and cultural experts from the Mediterranean Region. Lectures addressing the different issues related to culture in the region will be delivered. The Conference will be open to anyone interested.

The visit to Amman was enriching and successful:  a programme for the final conference was drafted, a more in depth knowledge about the cultural scene in Amman and in Jordan as well as a closer look of the sub-granted projects being implemented in Jordan were achieved, and the visit to the EU delegation was a success. More information will be soon published about the December conference on SouthMed CV webpage and social media.