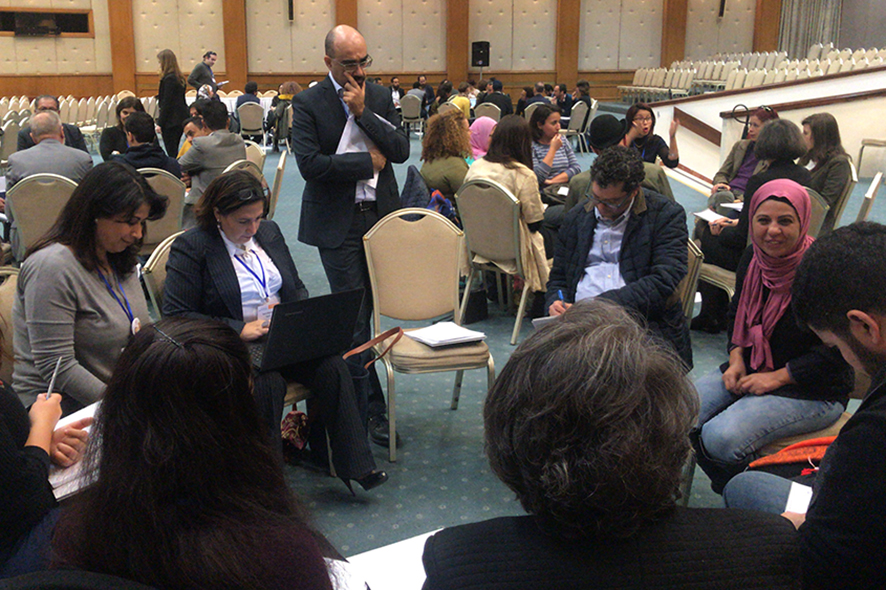 The SouthMed CV Final Conference “Communities of practice for the public value of culture in the Southern Mediterranean’ was held at BOZAR in Brussels, Belgium, on 10 April 2018, bringing the project to an end.

From April 2015 to April 2018 SouthMed CV has showcased and strengthened the role of culture in fostering public spaces for active citizenship and has explored the contribution of culture towards economic, social and political development processes in the Southern Mediterranean. Through two open calls for proposals, SouthMed CV has supported and coached 38 cultural and innovative projects from Algeria, Egypt, Jordan, Lebanon, Morocco, Palestine and Tunisia that, through and with culture, have contributed to social inclusion, urban development, human rights, gender, cultural diversity, education, environment, etc… SouthMed CV has also fostered synergies with private and public stakeholders to strengthen mobility and exchanges across the Southern Mediterranean and with the European Union and other relevant initiatives in the region, such as the Roberto Cimetta Fund, the Arab Fund for Arts and Culture – AFAC, Al-Mawred Al Thaqafi Cultural Resource, the Anna Lindh Foundation, and the Drosos Foundation.

Ultimately, SouthMed CV has strengthened and given visibility to new communities of practice across the Southern Mediterranean. Its sub-granting scheme and methodology has proven to be a successful type of action that could be invested in and developed on through a longer term basis in the region.