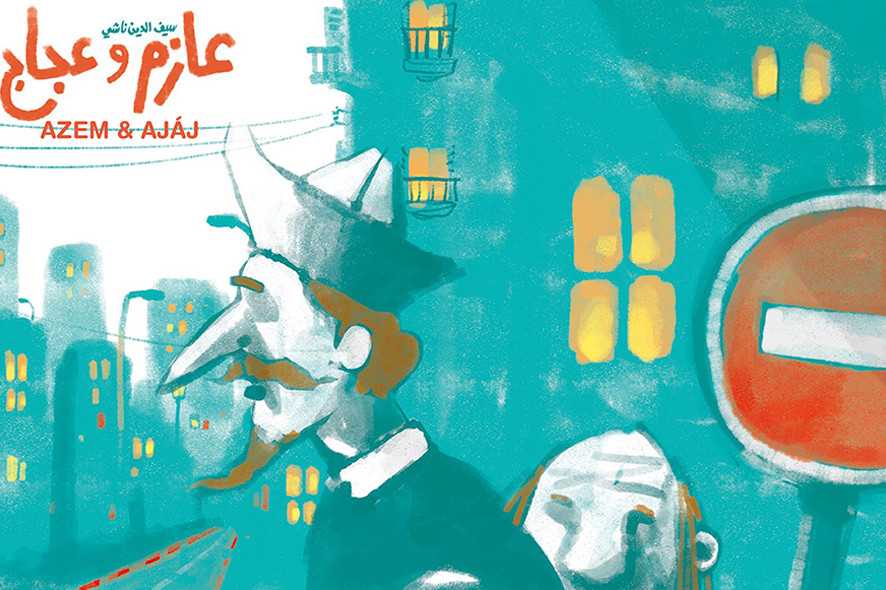 MAHATTAT, which sets out the experience of the project ‘SouthMed CV – Communities of Practice for the Public Value of Culture in the Southern Mediterranean’, will be published in March 2018. The book comes with a comic by well-known Tunisian illustrator, artist and cartoonist Seïf Eddine Nechi, who also designed the book cover and illustrations. Founding member of LAB-619, Nechi has participated in numerous national and international exhibitions, including the latest International Angoulême Festival (January 2018). He won best digital comic at the CairoComix International Festival 2017 (September 2017) for Bombyx Mori. For this comic Nechi has devised a plot in which two characters, Azem and Ajáj (who are reminiscent of Don Quixote and Sancho Panza), reflect on the role of culture in the Southern Mediterranean region as they are on their travels. The story highlights the importance of and need for culture in the development of society. Different colour schemes are used to reinforce this message, such as passages in chromatic and grey spectrums, use of black and white, etc. SouthMed CV is co-funded by the EU within the framework of the regional programme Med Culture.