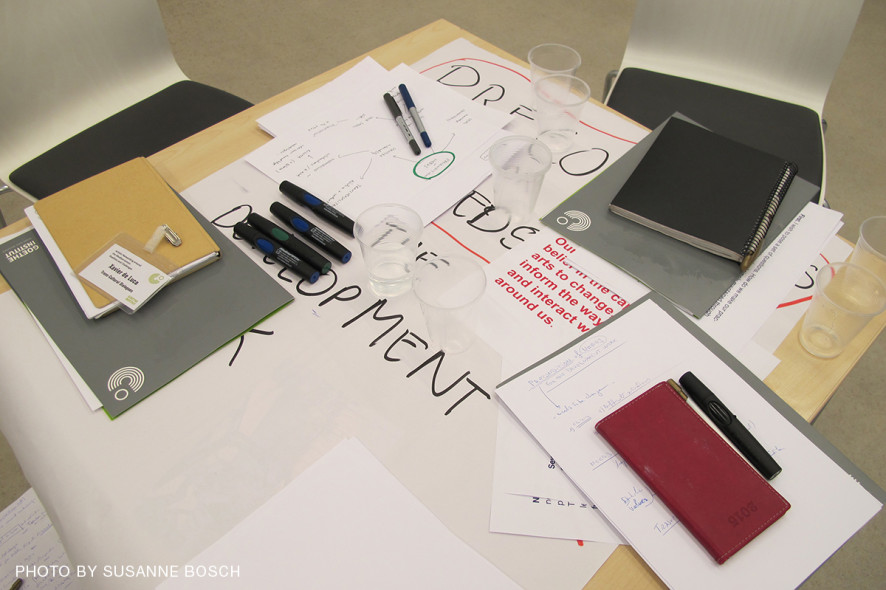 The first partner meeting for the ”SouthMed CV-Communities of practice for the public value of culture in the Southern Mediterranean” project, which started its activities at the start of the month, took place in Casablanca, Morocco, on the 27th and 28th of April. This meeting was held in the framework of the First Regional Conference for the Media and Culture for development programme in the Southern Mediterranean, Med Culture, which was entitled ”Creativity, Innovation, Competitiveness and Development”. SouthMed CV is co-funded by the European Union within the framework of the regional programme Med Culture, and its public introduction was made during the Conference. This initiative’s main objective is to build and reinforce the social, economical and political impact of culture in the region. Interarts leads the consortium of non-profit organisations which are responsable for developing SouthMedCV: BAC Art Centre (Tunisia); Gudran, Association for Art and Development (Egypt); National Centre for Culture and Arts (NCCA)/King Hussein Foundation (Jordan); German Commission for UNESCO and the KHAYAL Cooperative Lebanese Association for Arts and Education (Lebanon). The Casablanca meeting was useful to brainstorm the strategy and first steps of the project.